Right now, it’s probably pretty safe to assume that we are all missing live sports in person, and the sooner live crowds can return to games and events and improve the atmosphere by tenfold, the better.

The NBA (National Basketball Association) is one of the most popular sporting divisions not only in the USA but also across the globe as well. Basketball is a hugely popular sport that is growing in popularity with the passing of each day.

The sport of basketball has seen some truly legendary players over the year, with names such as Michael Jordan, Shaq, LeBron James, and the late, great, Kobe Bryant being just a select few of the legends to have graced the court.

It turns out that a mainstream sport enjoyed globally that attracts hundreds of millions of fans and lucrative sponsors and advertising campaigns happens to pay well too, which is why we’re looking at the richest NBA players in the world today as of 2021.

The Richest NBA Players In History

The first basketball player on our list today is a professional from China who goes by the name of Yao Ming.

When he was a teen, Yao played for the Shanghai Sharks before being drafted to the USA to play for the Houston Rockets in 2002.

At the time he was only the third Chinese international to turn pro in the NBA.

Yao’s net worth is currently estimated to be around $120 Million, though there are conflicting reports that it could be as high as $160 Million. Either way, he isn’t short of spare change.

The second entry we have for you today is a player by the name of Dwayne Wade.

Dwayne Wade hails from Chicago, Illinois, and has been previously named as an NBA finalist MVP.

Dwayne was drafted by Miami in 2003 and went on to lead them to their very first NBA championship, where he was named MVP.

Dwayne’s net worth is currently around $120 Million.

The third pro basketball player on our list today is Carmelo Anthony.

Carmelo Anthony currently plays for the New York Knicks, yet he got his big break back in 2003 when he was the 3rd draft pick overall for the Denver Nuggets.

He too has a net worth valued at around $120 Million.

Russell Westbrook is from Long Beach and currently plays for the Oklahoma City Thunder where he takes the position of Point Guard.

His current net worth is estimated to be around $125 Million.

Tim Duncan is a pro-NBA player from the Virgin Islands who is considered one of the most successful in the industry.

Tim currently plays for the NBA’s San Antonio Spurs yet he is also very well known for his charity work.

Tim is the founder of the Tim Duncan Foundation, which is a charity organization responsible for funding youth sports and raising awareness of the importance of health, fitness, and physical activity.

As of this writing, Tim’s net worth stands at roughly $130 Million.

Gary Payton is perhaps better know as ‘The Glove’ and is a now-retired former NBA basketball player that spent much of his career playing for the Seattle SuperSonics.

He also had memorable spells with the LA Lakers, Miami Heat, and Boston Celtics.

Gary Payton is one of the richest players in the world, with a net worth currently believed to be around $130 Million.

Next on our today’s list, we have a man who really is balling, in Dwight Howard.

Dwight was actually the world’s very first NBA player to be voted as Defensive Player of the Year for three consecutive years straight.

Because of his good nature, his technique, and his skill set on the court, Dwight Howard is a very popular player who currently is estimated to be worth $140 Million.

Next up we have Dirk Nowitzki.

Dirk is a professional NBA basketball player all the way from Germany who currently plays for the Dallas Mavericks as a power forward.

Dirk is a former NBA MVP which he won back in 2007, making him the first European NBA player to receive such an accolade.

He has also been an All-Star a whopping ten times in his career.

The next baller we have for you today is James Harden.

Hailing from LA, this bearded genius on the court has been named Sixth Man of the Year by the NBA, and he currently plays for the Houston Rockets, though he has had spells at the Oklahoma City Thunder.

His net worth stands at a staggering $145 Million.

Kevin Durant is an NBA basketball player that currently plays for the Golden State Warriors.

Having been a 2nd pick on the first round of the 2007 NBA draft, Kevin Durant has also represented his country at the Olympic Games, where he won the Gold Medal in the 2012 London Olympics for the USA.

As you might expect for a player of his caliber, Durant is not shy of funds as his net worth is currently around $170 Million.

Up next we have another former NBA player who has now retired from the sport, but not before making his fortune.

Grant Hill used to play for the Detroit Pistons and even was fortunate enough to receive NBA Rookie of the Year and numerous other awards in the 1990s.

Grant was a very talented player which is why his net worth currently sits at $180 Million.

Now we’re approaching the final half of this article, we’re next going to take a look at a man by the name of Kevin Garnett.

He is an extremely talented NBA basketball player who, after attending Farragut Career Academy, was actually the 5th overall draft pick for the Minnesota Timberwolves back during the 1995 Draft pick.

As of this writing in early 2021, Kevin Garnett’s net worth stands at a more than comfortable $190 Million, making him the richest NBA player on our list so far.

Now we have another retired NBA legend who was considered one of the best basketball players of all time while in his prime.

Hakeem hailed from Lagos, Nigeria, and is considered a true legend of the Houston Rockets.

He played for the Houston Rockets from 1984 all the way through to 2002 where he played as Center.

Needless to say, with a resume like this and when included on a list of legends like we’re looking at today, Hakeem has made his green.

His net worth is currently estimated to be around $200 Million. Yikes!

David Robinson is the next former NBA basketball pro on our list today, and he is certainly a man that those from San Antonio, Texas, will definitely be familiar with.

David Robinson was nicknamed ‘The Admiral’, he originated from Key West, Florida, and in 1987 he was picked by the San Antonio Spurs in the first round of the 1987 Draft.

To this day, many consider The Admiral to be arguably the best Center of all time, and if not the best, then certainly one of.

His net worth is believed to be similar to Hakeem’s, also sitting at around $200 Million.

Come on, how can we talk about NBA legends and not include the late, great, Kobe Bryant, whom we sadly lost back in early 2020?

Kobe Bryant was a former NBA pro basketball player from Philadelphia, whom many consider being one of the best ballers to ever play.

He was also one of the game’s highest-paid players.

He joined the LA Lakers back in the mid-1990s and instantly became a fan favorite.

He sadly passed away in early 2020 when he was involved in a helicopter crash, which sadly also claimed the life of his daughter.

At the time of his death, Kobe’s net worth stood at an astonishing $350 Million.

He is very sorely missed in the world of pro basketball.

Other than perhaps Michael Jordan, Shaq is probably the most famous and well-known pro-NBA basketball player outside of the game of basketball.

This 7-ft beast was at one time considered the best Center in the history of the game.

He and Kobe balled together and became a hugely popular duo.

Since retiring, Shaq has appeared in many TV shows, movies, and other projects and will shortly be taking part in a pro wrestling match for All Elite Wrestling (AEW) where he will be taking on Cody Rhodes as part of a mixed tag team match to be broadcast on AEW Dynamite.

As of this writing, Shaq’s net worth is estimated to be around $400 Million, making him one of the richest athletes.

Now the legends of the sport are really coming out to play.

Next on our list, we have the legendary LeBron James.

Hailing from Ohio, LeBron James made a name for himself as part of the Cleveland Cavaliers until recently, when he joined the LA Lakers in 2019 as a free agent.

‘King James’ as he is known, is also a shrewd businessman and entrepreneur, as well as being a hugely talented basketball player, and subsequently, his net worth stands at a monumental $440 Million.

Magic Johnson is a legend in the world of basketball, no two ways about it.

Now retired, Magic Johnson hailed from Michigan and sadly was forced to retire for health reasons.

After contracting HIV, Magic Johnson focussed on projects outside of the NBA and capitalized on his fame to strike up partnerships with corporate giants including Starbucks and 24 Hour Fitness.

As a result of this, and his ability on the court, Magic is currently worth a monumental $600 Million.

Junior Bridgeman is the penultimate addition to our list.

Junior Bridgeman, now retired from the sport, originates from East Chicago, and despite making a pretty penny thanks to basketball, he really made his fortune thanks to his business ventures outside of the NBA.

Junior now owns more than 118 Chili’s restaurants, with 160 outlets, across the USA, helping to give him a net worth of just over $600 Million.

This will probably not be much of a surprise to those of you with even the smallest interest in basketball, but coming in at number 1 on our list of the richest NBA players in history, we have Michael Jordan himself.

Michael Jordan is arguably the greatest NBA player to ever live, and his resume speaks for itself.

He has accomplished numerous accolades.

Jordan found fame with the Chicago Bulls in the 1980s and 1990s, where he would come out of retirement 3 times, before finishing his career in the early 2000s as part of the Washington Wizards. 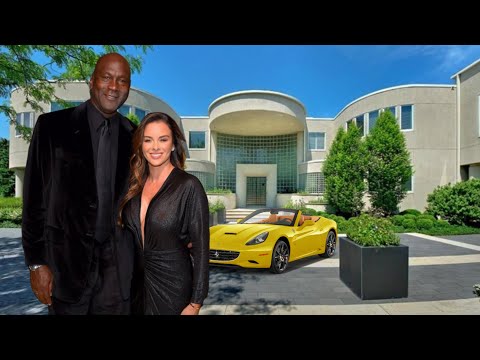 He also represented his country at the international level.

Jordan appeared in numerous ads, TV shows, and movies such as Space Jam.

Much of his fortune, however, is thanks to his endorsements and his sponsorship with Nike, who offer the ‘Air Jordan’ range which is still a best-seller today.

As a result of this, he crushes the rest of the ballers on our list today as his net worth is valued at a monumental $1.5 Billion!